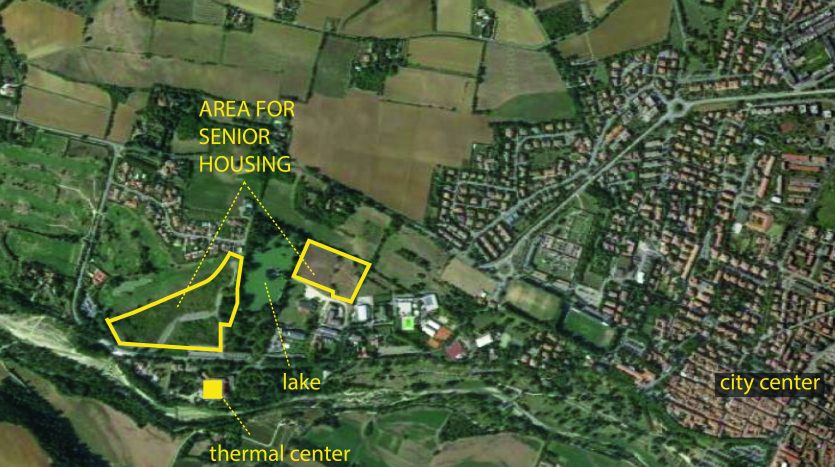 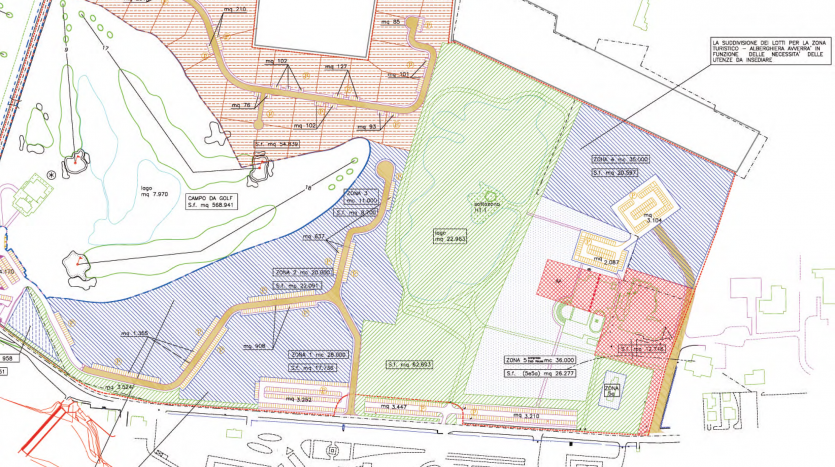 The buildable area may host various functions: accommodation and temporary accommodation (residences, hotels, hostels, spa activities, etc.), as well as social, health and welfare functions. It is located in the municipal capital in an area close to all public services including local public transport, in the foothills area on the south-east side of the town, beyond which existing urban planning tools do not provide for any further expansion, and in a valued landscape context. The area is also connected to the capital and to all points of interest by a system of cycle and pedestrian paths. The area consists of two sections with buildable areas of approximately 10,000 and 16,800 m2. With regard to the silver economy, there are large margins of growth not only because the elderly population is significantly increasing but also because they have a high purchasing power. In the metropolitan area of Bologna, the elderly numbered around 250,000 in 2018 and are expected to reach 300,000 by 2033 (Statistics Office of the municipality of Bologna). In addition, in Italy the elderly have an average wealth that is 13.5% higher than the national average (Istat).

• Proximity to the hospital and spa complex;
• Excellent motorway links to Bologna and Ferrara;
• Public transport links and location in a green setting.

The area is covered by urban planning tools at a supra-municipal and municipal level. A Detailed Plan has already been approved for the area so if there are no variations to be made, application can be made directly.

Current authorisation status
The following process can be envisaged for the area:
1. Possible variation to general urban planning;
2. Application for building permits and other permits (if necessary).