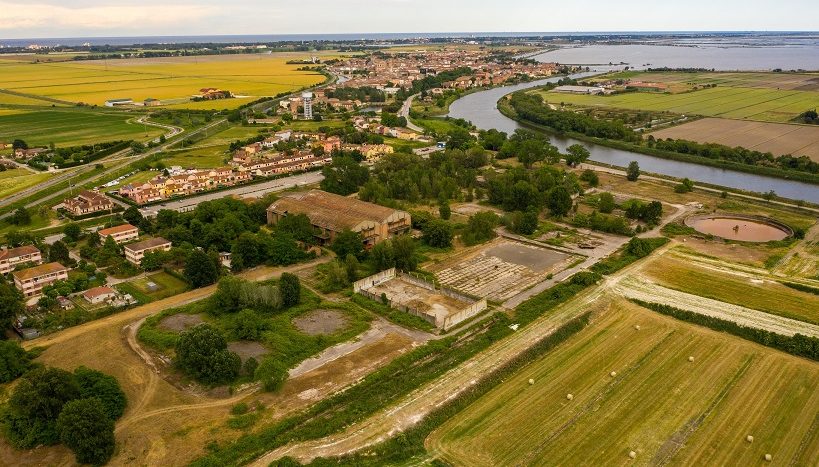 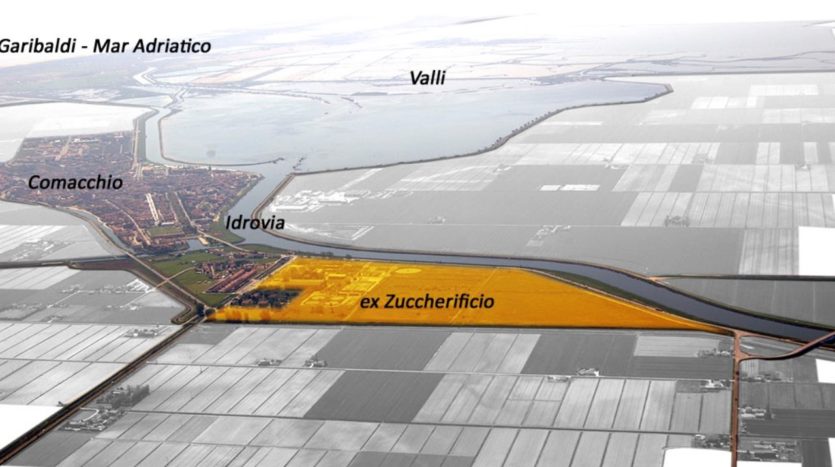 The area of Ex Zuccherificio, a “former sugar refinery”, is located on the outskirts of the town of Comacchio in the province of Ferrara. The site is bordered to the south-east by the Provincial Road n. 1 Ostellato - Comacchio, to the north from the Valle Isola and Ignazio canals, to the west from the Comacchio - Massafiscaglia provincial road and bordering on third-party properties. The production site, almost 345,000 square meters, of the Ex Zuccherifico of Comacchio is located between the historic center of Comacchio and the area of the Po Park. It has been subjected to various demolition and reclamation interventions in the last 15 years. Roughly, the 145,000 square meters were occupied by residential buildings, offices, plants, warehouses, yards, roads, green zones and “dry-ponds”. The residual surface, about 200,000 square meters, is made up of tanks once used for decanting the wastewater from processing and washing the beets. In detail, the remediation process ended in 2018 with the prescription of the Services Conference to carry out 6 monitoring campaigns that were scheduled to complete by 2020 and which have so far given positive results. The 145,000 square meter lot can be used for artisanal / production facilities while the area of about 200,000 square meters of tanks is not buildable. The whole area of the pools is subject to the regulations of the Po Delta Park station plan.

- Near the Po di Volano – waterway of Ferrara
- Proximity to the Ferrara-Seaport Garibaldi motorway junction
- Availability of approximately 350,000 square meters of land for large facilities
- The area has been completely reclaimed

Current authorisation status
The process of reclamation is being completed