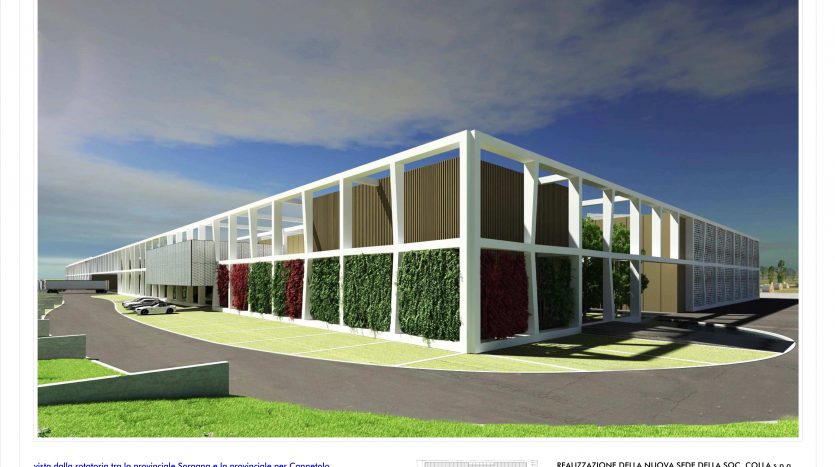 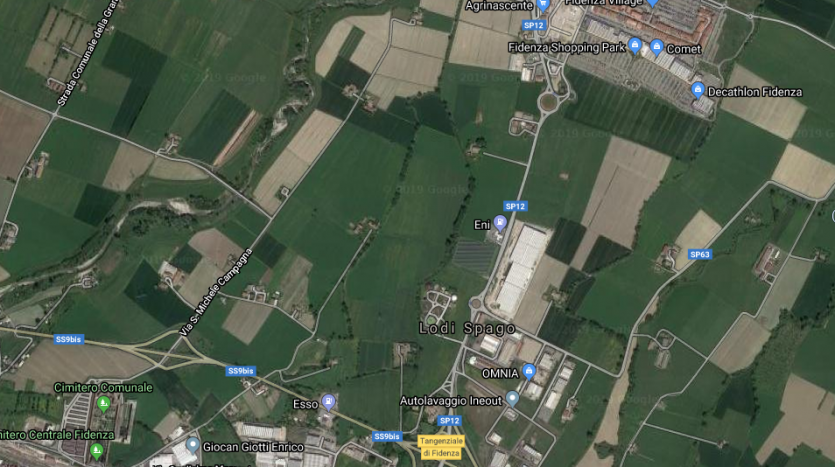 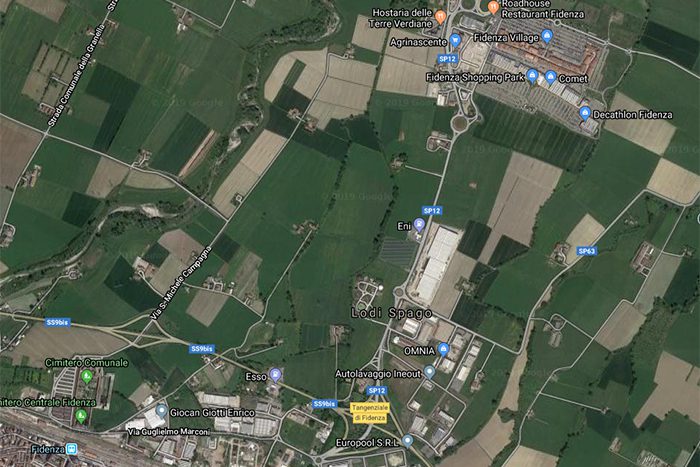 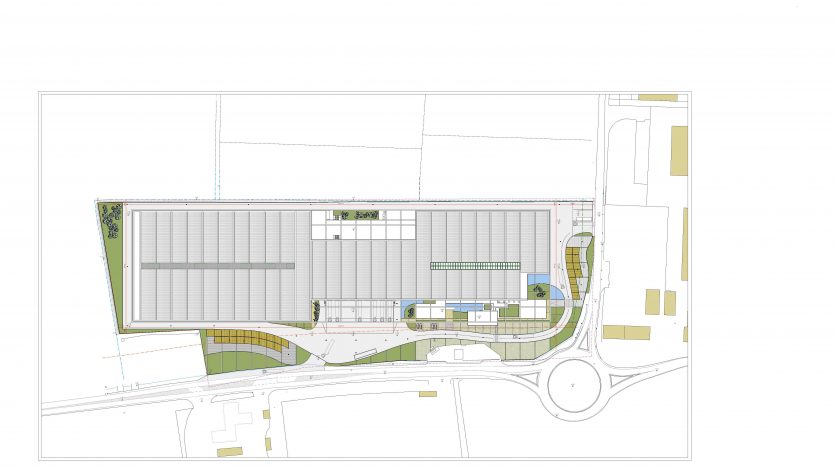 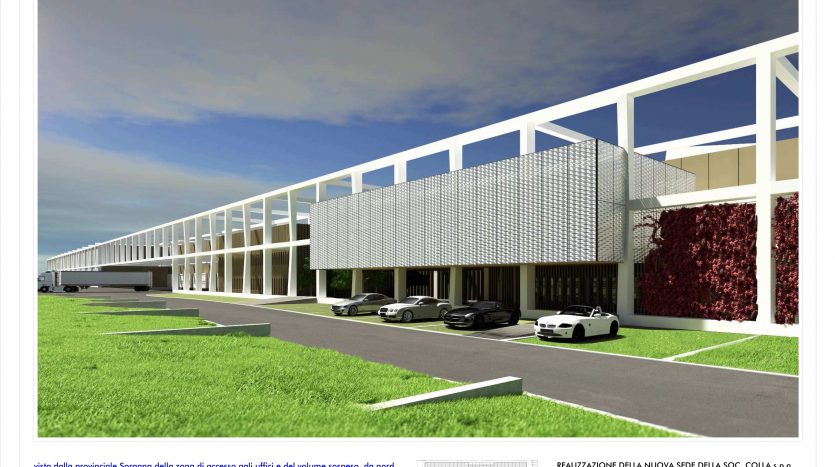 The municipality of Fidenza intends to give top priority to the implementation of the datasheet no. 07 of the Municipal Strategic Plan approved in late 2017 and currently in force, which envisages creation of an “activity park” that would be designed to connect the mainly commercial operational centre of Fidenza Village and Fidenza Shopping Park, which has over six million visitors and has developed accommodation and executive functions in recent years along with high-quality food services, to the town centre itself. A highly strategic area which took a first step towards autonomy with the construction of the largest factory in Italy for the aging, processing, portioning and sale of Parmesan cheese by the Colla S.p.A. company with a construction of 33,000 m2 of Gross Floor Area to be completed in 2020. As part of an overall plan aimed at limiting the use of the land for construction purposes, Professor Francesco Karrer, scientific coordinator of the Municipal Strategic Plan, instead proposed the identification of this area which, since it occupies land that has not been built on, must have the following characteristics: - extensive environmental sustainability, - further improvement of the infrastructure framework, - strengthening of the ecological system represented by the Rio Rovacchiotto river which constitutes its eastern border and the Stirone stream, - new employment for the entire affected area. Assessment of this area in territorial urban planning terms, using Milan and Bologna as reference poles, sees it located in a central position and with the possibility to benefit from proximity to the urban public services network in addition to the services and activities of the operational centre. The general urban planning forecast is a matrix of opportunities whose invariants include the attractiveness of new production sites, excellent environmental sustainability and employment growth.

The area is optimally located with respect to the territorial road system: it is just over 700 metres from the A1 motorway tollbooth, establishing itself as a new element within the development axis of the further expanding operational centre of Fidenza Village and Villaggio del Gusto.
It is part of a single system that links the A1 tollbooth to Fidenza railway station on Provincial Road 12 north tangential junction Via Marconi in the town centre. The area is already served by a shuttle bus connecting the operational centre and the station, and a cycle-pedestrian connection between the historic centre and A1 tollbooth will be built in 2020, benefiting from regional grants.
Parma's Verdi airport and Reggio Emilia’s Mediopadana station along the high-speed railway line are a short distance away.

• Barycentric position between the poles of Milan and Bologna;
• Mix of possible production uses;
• Excellent connection with road and railway transport networks;
• Integration with services already offered by a commercial operational centre that is among the most important on a supra-regional scale;
• Presence of established operators of national and international importance in the reference area: Stef Group integrated cold centre, Anglo-American Value Retail group's Fidenza Village, the new Colla S.p.A. headquarters, and the Bormioli glass group.

The area has been included, for the reasons mentioned above, in the municipal urban planning tools with the Municipal Strategic Plan adopted in March 2014 and definitively approved in December 2017 as a production area of supra-municipal importance and with the aim of strengthening the territorial production system by exploiting connection between the operational centre and the integrated commercial area, where the large commercial settlements (mainly Fidenza Village Outlet Centre and Fidenza Shopping Park) have been joined by accommodation and executive services and a food district with multiple operators with a medium-high target in the heart of the Food Valley. Multiple settlements in a space of over 90,000 m2 of Gross Floor Area have already been built; remaining lots and possible additions will expand this area to 120,000 m2 with respective employees, who to date number over 1,500.
Moreover, in 2005, a production area of supra-municipal importance called the “Integrated Cold Centre” was built on a 291,000 m2 area at the Fidenza A1 motorway tollbooth, immediately north of the railway embankment. It is used as a logistics centre and for the packaging of food produce, from fresh to frozen, and is now owned by the French multinational STEF.
Inclusion of the “Activity Park” provision in the Municipal Strategic Plan provides for the development of an implementation plan that promotes adaptation of the Territorial Plan of Provincial Coordination with the signing of a Program Agreement with the Province and the Region, primarily to certify the supra-municipal nature of the investment and new national and international productive investments in the regional territory.
The relevance of the area and the opportunity inherent in its implementation are also evident at a territorial macro-scale due to the central position between Milan and Bologna in a strategic node within the connection system and along one of the axes most suited to production in Italy.
Fidenza’s role as a “freight hub” has its roots in the history of the city and was recently reinforced by Fidenza’s ability to authoritatively establish itself as the coordinator of a vast territory located between Piacenza and Parma.
The choices already made in the Municipal Strategic Plan datasheet therefore establish the objective, through the compositional tools typical of urban planning, of connecting the town centre of Fidenza and the operational centre at the motorway tollbooth, accepting the challenge of using a significant portion of unbuilt land in order to benefit from the quality of the settlement, its sustainability and the long-lasting positive repercussions that this will determine for the territory, including employment.
Redevelopment of service roads to the area as well as safety measures for the minor hydrographic network affected by construction of the new production site constitute a condition for the settlement.
The decision made within the plan was then to define the preliminary conditions of opportunity within a perimeter defined by a waterway to the east and by the provincial road connecting the town centre to the west, leaving to the urban planning stage the more precise definition with regard to the mix of minimum and maximum intended uses set out in the datasheet and in relation to the equalisation mechanisms that require the implementing entity to acquire building rights consistent with the construction of the public city.
Construction of the activity park, moreover, is part of a single strategic design whose terminal within the town centre is represented by the economic and productive reuse of the former CIP and Carbochimica reclaimed areas, now belonging to the municipality and Site of National Interest: the “Activity Park” can respond to the needs of one or more operators for large surfaces primarily, if not exclusively, for production use. The former CIP and Carbochimica site can meet the needs of smaller production companies while maintaining the objective of qualifying and strengthening the production system within a framework of overall environmental sustainability.

Possible transformation
As already mentioned, the urban planning implementation tool will promote the agreement between the region, province and municipality for a production area of regional importance with adjustment of the Territorial Plan of Provincial Coordination by the Province of Parma.