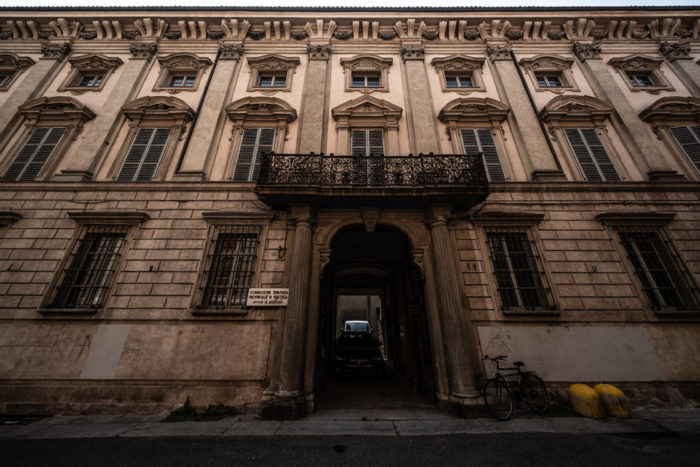 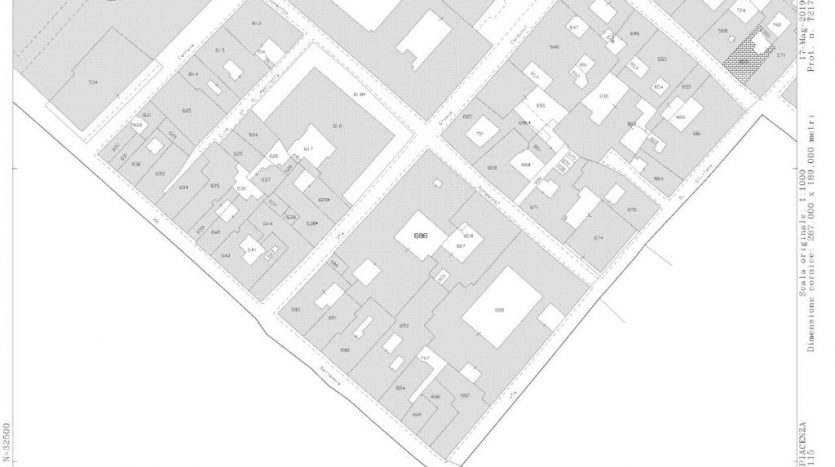 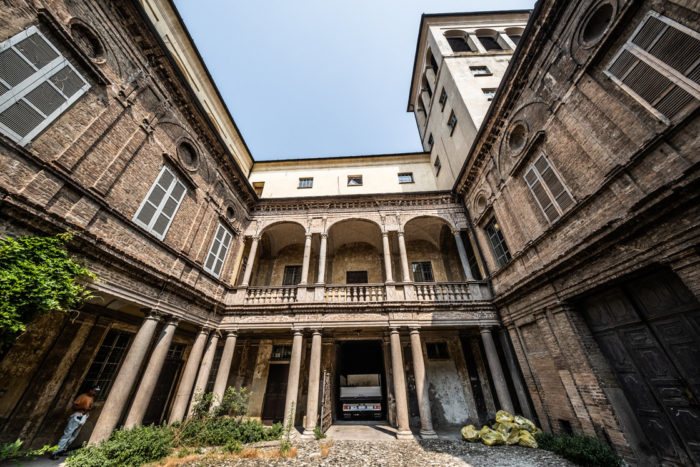 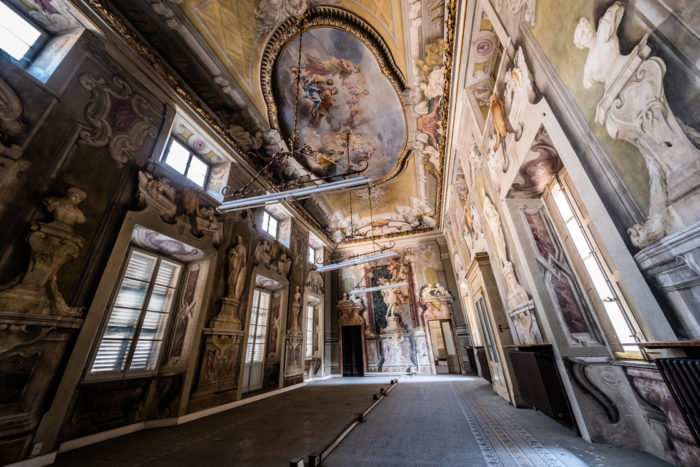 The building is within the city’s historic centre. The construction of the building dates back to the late Renaissance period. It is a three-storey structure, with three internal courtyards, the largest of which is suitable for vehicles. In addition to the use of marble and lively ornamental decorations, the façade has a valuable wrought-iron balustrade, which surrounds the main balcony on Via Romagnosi, with thick girali motifs, presumably made in the early 18th century, just before of the other balcony overlooking Via Roma, which in fact reveals a softer design. The Costa Ferrari building is an emblematic example of the late-Renaissance Piacenza architecture, testimony to the influence of Bibiena on the city’s noble buildings. The building was commissioned by Count Corrado Ferrari who decided around 1680 to reconstruct his home by entrusting the project to the Bolognese Bibbiena, a family of architects who arrived in Piacenza at the end of the 17th century at the service of the Farnese. In the past, in a part of the building, the Provincial Tax Commission was established, but following November 2017 it was moved to another space.

The property is located in the historic centre of the city of Piacenza a few hundred metres from the central Piazza Cavalli, reachable through the main commercial axis that winds along Via XX Settembre. The location of the property is therefore particularly attractive as it is characterised by the availability within walking distance of the main public offices and city facilities, as well as large parking areas, in the nearby Piazza della Cittadella, on which the important cultural site of “Palazzo Farnese ” can be found. The area has a predominantly residential feel, although there is no lack of public and private offices, in particular legal and notary offices, as well as school buildings. The area among other things will be affected by the redevelopment programme of the Cittadella square. The building is easily accessible by public transport services departing from the Piacenza railway station (only 2.5 km away).