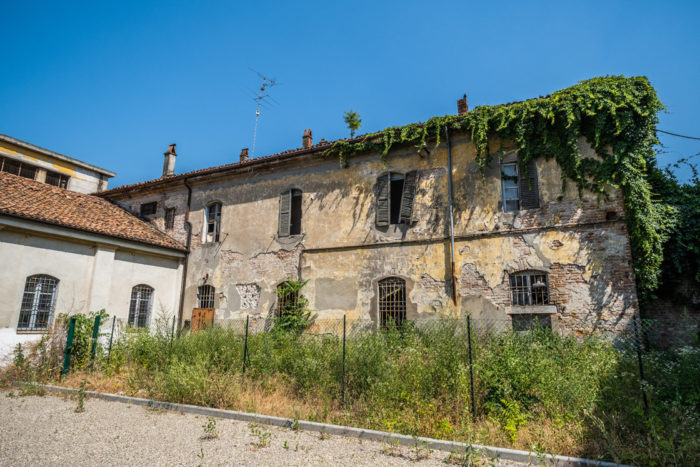 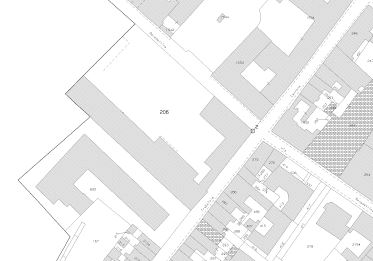 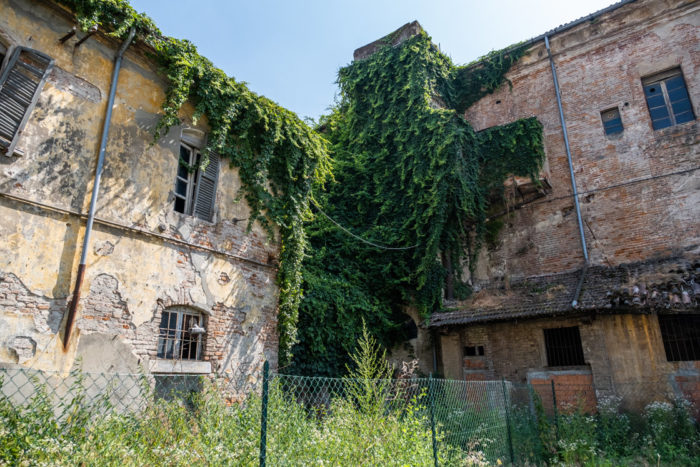 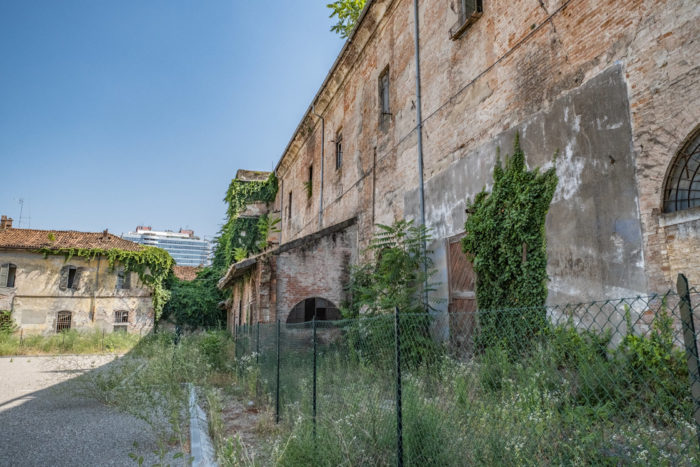 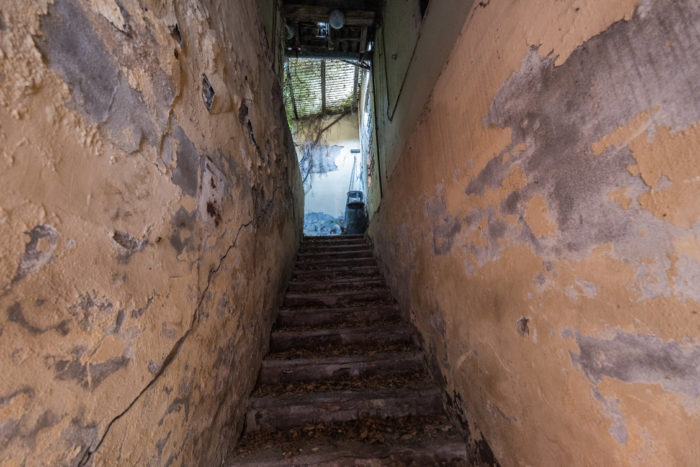 Structure consisting of a main building with a rectangular floor plan on two floors above ground with a load-bearing masonry structure and a flat roof. The large outdoor appurtenant area, is the building’s real asset, given the limited availability of parking spaces in the immediate vicinity. A second building is connected to the main building, also with two floors, which can be accessed from inside the open square. The area used for the construction of the current former Dal Verme barracks was occupied at the time by the lazaretto, which had been established there during the plague of 1630 using the shops built in 1627 for the Fiere dei Cambi. Following the progressive decommissioning from government use of the Ministry of Defence, completed only in 2007, the entire block, consisting of the Jacopo dal Verme barracks, the former Benedictine Church, the Pietro Cella Barracks and the Vittorio Alfieri Barracks, awaits a important redevelopment project, already mentioned in the municipal urban planning instruments since the early 1970s.

The urban context is strongly conditioned by the territorial offices of public administrations present, with a wide availability of offices and professional offices, and is characterised by the presence, at a pedestrian distance, of the F.S. station and the main public offices and city facilities.